Hiking trails in the municipality of Boñar

Check the weather before you go… 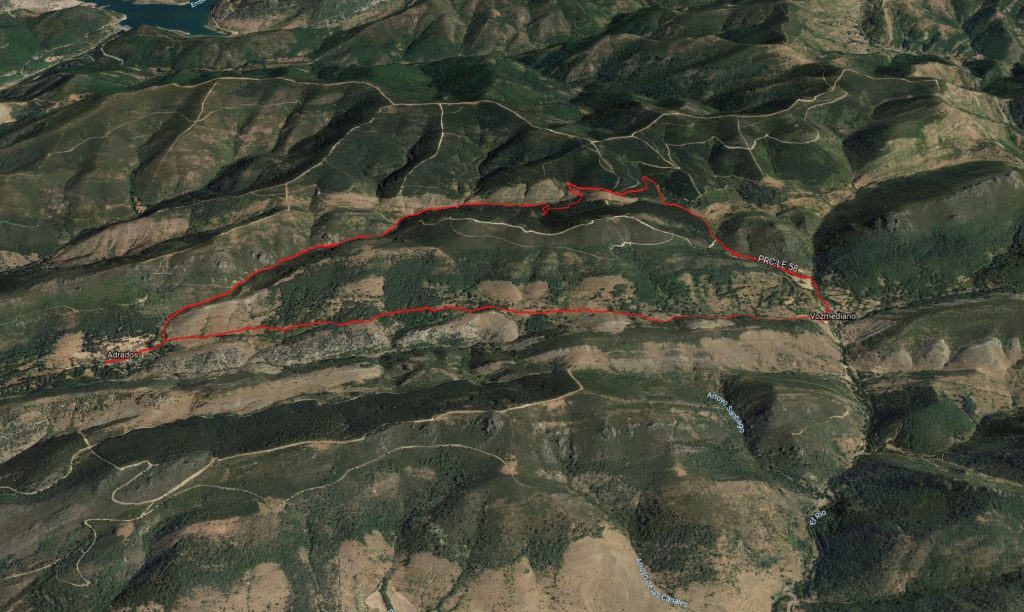 All year round, except with snow.

Leaving Adrados, cross the village along the main street without turning off at any time until you reach the first crossroads, where you take the path on the right that will lead you along a valley floor. Here, between stone barriers, beeches, oaks and Majuelos, you will gain height until you reach the hill of Santa María, the dividing point of the Traditional Path from Adrados to Vozmediano.

From this point we can contemplate the valley of small farms that have fallen into disuse due to the decline of livestock in the region. In this place you can see some peculiar stone constructions halfway up the hillside in the shape of small huts that nowadays are used by shepherds to shelter from the wind and rain.

Once we have begun the descent along the path you will find the village of Vozmediano, where the Church of San Pedro welcomes you.

Following the trail you will cross the narrow bridge that leads to the centre of the village and turning left you will have to continue towards the exit of the village, to begin the ascent along the narrow path that starts at the first crossroads on the left and on which, escorted from the beginning by oaks and pines, you will reach an important mass of Scots pine, also called Pino de Lillo, which forms part of the protected area of the Pardomino mountains. Translated with www.DeepL.com/Translator (free version)

Well into the pine forest and turning left at the junction that marks the steepest stretch of the trail, we reach the highest point of the entire course;

The Collado del Arvejal, also called the Collado de Sillares, where the stream with the same name has its source and from where you have an unparalleled view of the Cantabrian Mountains.

Following the trail, a slight and continuous descent begins in which you will find once again the well-formed Scots pine forest which, alternating in the deepest areas of the valley with oaks, birches and even beeches, will lead you gradually back to the crossroads taken at the beginning of the trail and thus to Adrados.

It is advisable to bring warm clothing, appropriate footwear, water and food as well as sunscreen.

Near the trail is the Pardomino Forest. This area belongs to the Riaño and Mampodre Regional Park and is a protected area, for this reason it is advisable not to leave the itinerary.

Photos of the trail 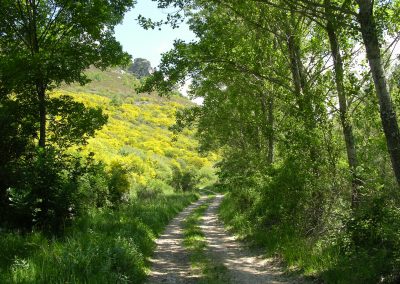 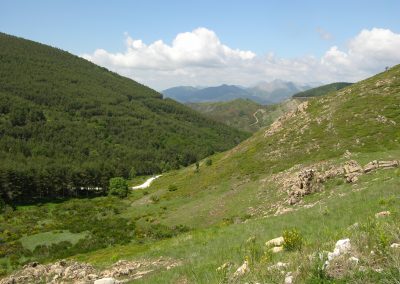 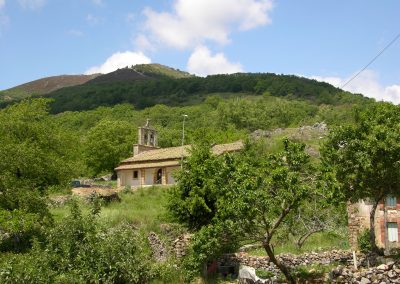 Water is the driving force of all nature.